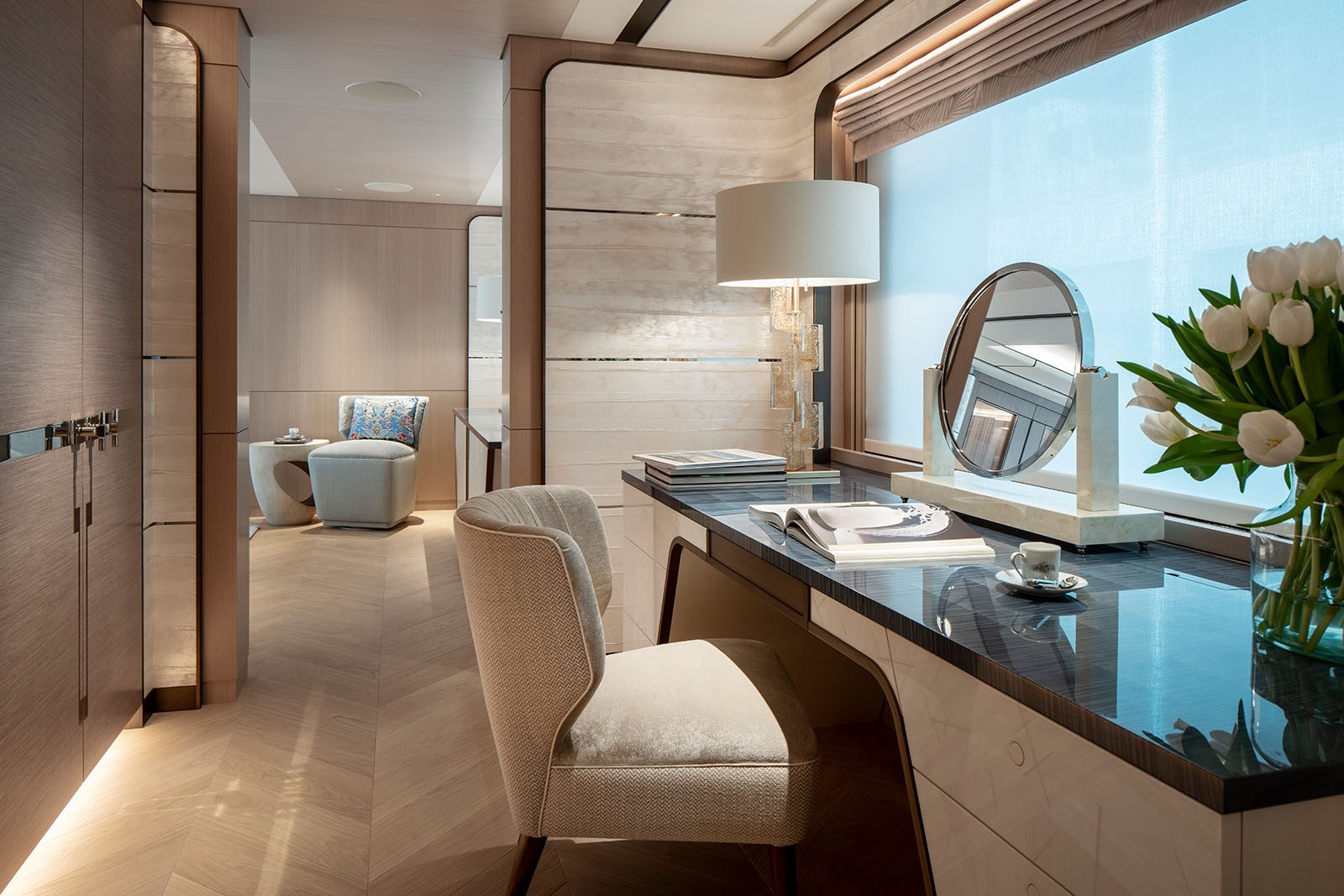 Moon Sand: Inside the 55.5m Lürssen that made waves in London

It’s a dull, rainy day in London, but along the River Thames there is a glimmer of excitement in the form of a boat. The new 55.5-metre Lürssen Moon Sand is moored at Butler’s Wharf, the grandly ornate Tower Bridge serving as a regal backdrop to her graceful lines, inspired by none other than the classic yacht Carinthia VI. Years prior to the inception of Moon Sand, Bannenberg & Rowell Design had worked on a reinterpretation of the 71-metre Carinthia VI. Launched by Lürssen in 1973 and now renamed The One, she was designed by the late, great Jon Bannenberg, so it’s a fitting continuation of his legacy that his son’s firm would breathe new life into her iconic lines.

“Moon Sand has an unusual sort of heritage,” says Simon Rowell, her designer. “It grew out of a mini-Carinthia notion. When a yacht is deemed to be among the most beautiful in the world, you really don’t want to muck around with that, but iterating through to a more contemporary design was rewarding.”

Bannenberg & Rowell had also designed the owner’s previous Moon Sand, a 44-metre built by Feadship. When it was time to step up in size, he met the designers in their London office and saw the sketch of the modernised Carinthia concept hanging on the wall. The drawing caught the owner’s eye – it was just what he was looking for, though he wanted a smaller LOA of around 50 metres. The designers said it was a project they had been working on with Lürssen.